Spaces of Sociability: Enhancing Copresence and Communal Life in Canada 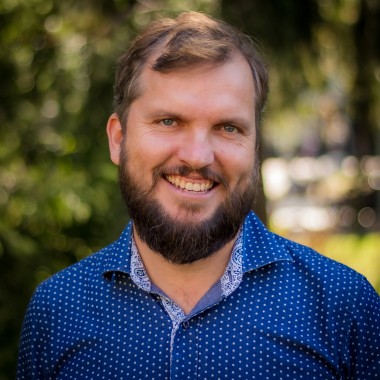 The 'emerging asocial society' is a pressing concern, but what precisely creates or sustains sociability between strangers, acquaintances and neighbours remains poorly understood. This project--'Spaces of sociability: enhancing copresence and communal life in Canada'--synthesizes and identifies gaps in social scientific research on public and semi-public spaces that facilitate sociable encounters between copresent persons, to inform practitioners and the wider public on how to create and enhance such spaces.

The pandemic both highlights and deepens the twin problems of social isolation and fragmentation, but we cannot assume that isolation and fragmentation are inescapable and ever-escalating. The pandemic also generated grassroots acts of everyday solidarity through, for example, neighbouring practices, such as informal mutual aid efforts to provide assistance to neighbours may not previously know one another. Many Canadians engaged with their localities like never before, from simple hellos to running errands for the elderly and the immunocompromised. Playgrounds and ice rinks reopening was widely celebrated. Ordinary encounters between strangers in public spaces took on new meanings as most people demonstrated care for one another through masks and distancing. These informal acts were complemented by responses from public institutions; public libraries rapidly revised programming and lending policies to ensure Canadians had access to services, even if limited, and supported many grassroots initiatives that developed across Canada. At home, our private lives became just a little more public. Porches and balconies became public-facing sites for staging acts of solidarity and outreach through 'porch portraits,' free little libraries, community pantries, childrens' artwork, and informal balcony music sessions for neighbours and passers-by. These experiences highlighted the complexity and significance of physical copresence in public and semi-public spaces. Copresence is key to establishing meaningful social connection. Creating and enhancing such 'spaces of sociability'--whether sustained or fleeting--between strangers, acquaintances and neighbours is central to developing robust responses to contemporary concerns around social isolation and fragmentation.

This project synthesizes expert knowledge on approaches to studying copresence between strangers, acquaintances and neighbours, with a view to strengthening communal life in Canadian society. Recognizing social isolation and social fragmentation as serious social problems requiring policy attention, we synthesize knowledge on three themes: (1) social and physical elements of the public realm that facilitate sociable encounters, (2) public institutions (such as libraries) that enable and enhance sociable encounters, and (3) ambiguously public/transitional zones between private and public space as staging grounds for sociability

We focus on these three types as spaces of sociability that can be leveraged to inform public policy, practice and research agendas to develop and strengthen communal life in Canada. In addition to the final report and brief, a series of open-access academic publications and articles a for general audiences, knowledge mobilization activities for practitioners include presentations and factsheets for the Federation of Canadian Municipalities and the Ontario Library Association Institute on Library as Place.

The depth and range of our Canadian and international team's expertise will enable us to synthesize knowledge and identify gaps in existing research to enhance policymakers' and planners' ability to tackle social isolation and social fragmentation by creating, supporting, and enhancing spaces of sociability.